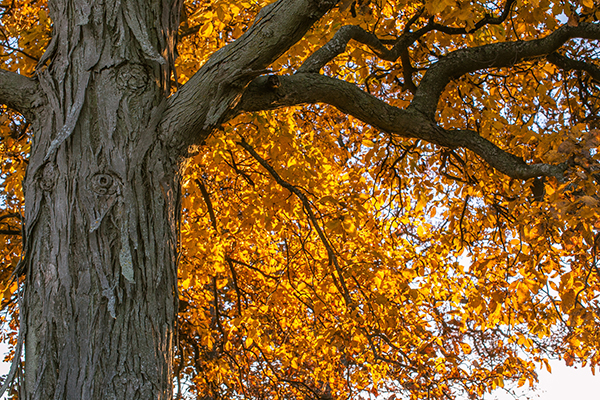 This week, we are back with our ongoing series about the native trees of the Chicago area with a look at hickory trees.  Hickory trees (Carya sp.) are medium to tall deciduous trees known for their strong, dense wood and edible nuts.  Most species of hickory trees can be found in the eastern half of North America, from southern Canada down to northern Mexico, and there are some species found in India, China, and Indochina.  Hickory trees have long been sought after for their wood to make a range of items including furniture, flooring, skis, drumsticks, baseball bats, lacrosse sticks, and tool handles.  Their edible nuts are also harvested for human consumption. 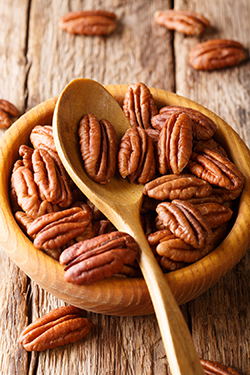 The delicious pecan nut comes from Pecan trees, a type of Hickory tree

There are between 17 and 19 known species of hickory trees that are divided into typical hickories and pecans.  All but five or six of these species can be found throughout the eastern half of North America.  Many of the American hickory species are native to the Chicago area.  In this guide, we will cover the main characteristics, natural threats, and care tips that are general among all species of hickory and go into further about some of the hickory tree species found in the Chicago area.

Hickory trees make an excellent addition to your yard or landscape because they provide shade and their nuts attract wildlife.  If you do have a hickory tree on your property, it is important to provide it with the proper care so that it will grow to its full potential.  Our professional arborists at Hendricksen Tree Care can provide complete care for your hickory trees in the Chicago area.  Our tree care services include tree care and maintenance to prevent issues with insects and disease, tree pruning, and fertilization to prepare them for the growing season. 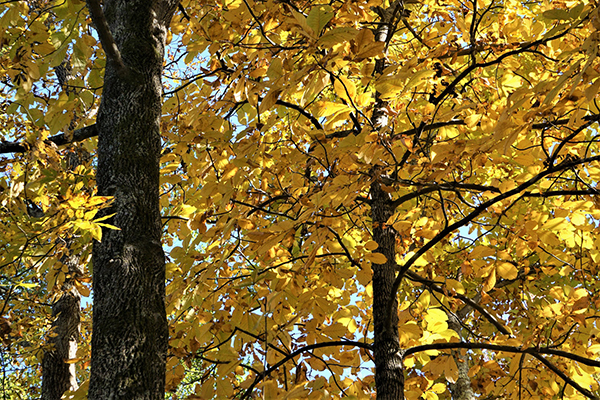 Hickory trees are tall to medium sized trees that range in height from 50 feet to 100 feet depending on the species.  Most species of hickory can be identified easily by their gray colored shaggy bark and hickory or pecan nuts.  The leaves of a hickory are generally oval shaped, and they may have a lightly serrated edge.

The following are the main characteristics of hickory trees: 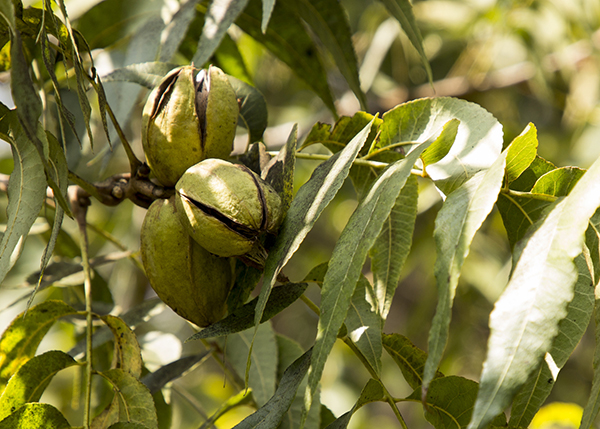 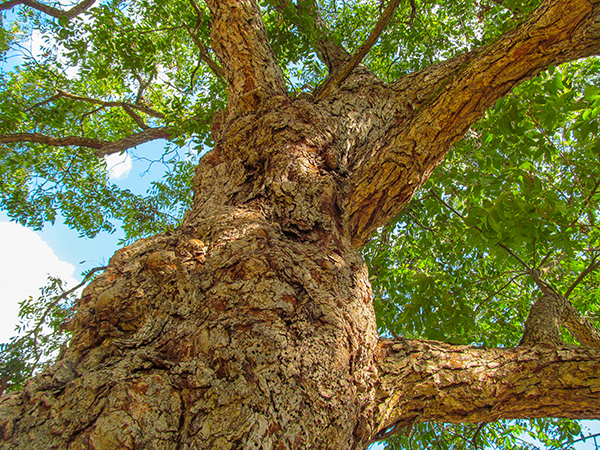 Hickory trees are strong and sturdy, and they can live for hundreds of years.  However, there are many natural threats to the hickory, including diseases and pests, that can cause it damage and even result in the death of the tree.  The following are the most serious natural threats to hickory trees: 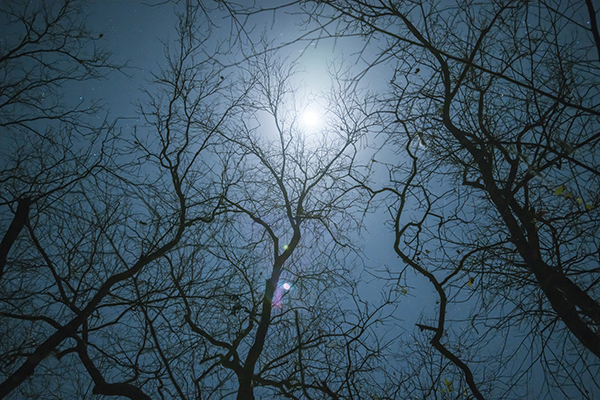 Proper care of your Hickory trees will keep them healthy all year-round, even during a cold Chicago winter

Even though hickory trees are strong trees that can live for a long time, they still require proper care to protect them from insects and diseases and ensure that they get the nutrients they need to grow to their full potential.  The following tips will help you provide effective care for your hickory trees: 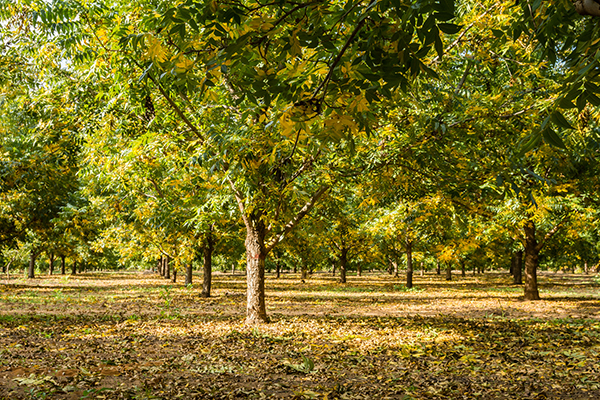 Hickory trees of various species are found all over the Chicago area and they bring shade and wildlife to a landscape.  The nuts they produce will attract birds, squirrels, and other wildlife and the shaggy bark adds a unique sense of natural beauty.  If you have hickories on your property, you must watch for signs of disease or insect infestations that can harm the tree.  If you would like the help of a professional to care for your hickory trees, our arborists at Hendricksen Tree Care can help.

Hendricksen Tree Care provides complete tree care services in the northwest Chicago suburbs that include treatment and maintenance, diagnosis of diseases and insect infestations, fertilization, and pruning.  Our ISA certified arborists will understand the needs of your trees and ensure that they get the treatment they need year-round to grow strong and healthy.  We can serve residential and commercial tree care clients in the northwest Chicago suburbs including Highland Park, Palatine, Arlington Heights, Mount Prospect, Northbrook, Lake Forest, Libertyville, and the surrounding areas.

Stay tuned for our next blog in our series about the native trees of Chicago.