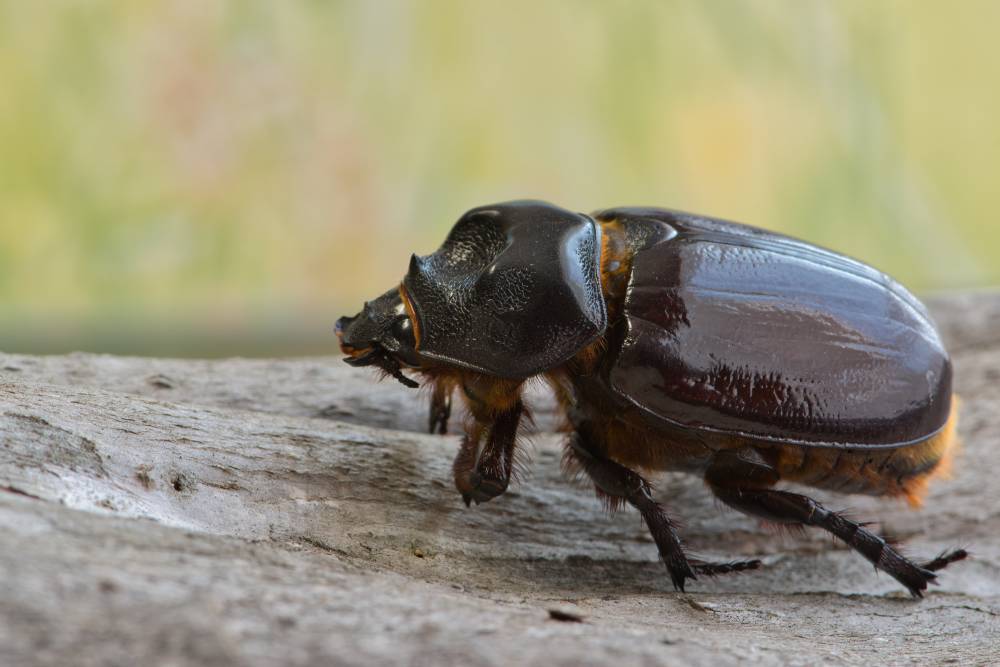 We are back with a new edition of our series on the common tree diseases and insect pests in the Chicago area as we discuss a group of pests that causes problems throughout the U.S.; bark beetles.  There are around 6,000 species of bark beetles worldwide under the subfamily Scolytinae and there are 600 that are found in the U.S. and Canada.  Many invasive species of bark beetles have been found in the U.S. and in some areas, like California, they have killed trees over millions of acres.

Bark beetles are seen as beneficial to an ecosystem because they typically attack trees that are dead or dying and speed up their decomposition.  However, since 2000, bark beetles have grown significantly in number and have spread throughout the U.S. from New Mexico to British Columbia and from California to Long Island.  It is widely believed that global warming has had an impact on bark beetle populations as warmer temperatures and shorter winters are not as effective at killing off beetle larvae.  As a result, more bark beetles are surviving the winter, reproducing earlier and more frequently, and spreading over larger areas.  They are also attacking healthy trees instead of sticking to dead and dying trees.

Most species of bark beetles are small insects that almost resemble a coffee bean in shape and color and they only grow to be about 5 millimeters in length.  They have cylindrical shaped bodies and tend to be black, brown, or dark red in color.  Their strong mandibles allow them to chew through bark and phloem (inner bark) where they lay their eggs.  When the larvae hatch, they feed on the surrounding phloem and bore galleries in the wood.  This can damage and kill the branches and lead to a decline of the tree, though it is unlikely for most species of bark beetles to completely kill a tree on its own.  The other danger with bark beetles is that certain species, like the elm bark beetle, can transmit dangerous fungi to the tree which causes serious diseases like Dutch elm disease.

It is difficult to treat trees affected by bark beetles because their habitat in the inner bark keeps them protected from insecticides.  The best thing you can do is protect your trees to prevent bark beetle infestations in the first place.  At Hendricksen Tree Care, we can help protect your trees from bark beetles and other destructive pests with effective tree maintenance and preventative treatments.  Our tree maintenance services include fertilizer applications to help make your trees strong and resistant and we also use insecticides that can be sprayed or injected to treat affected trees.  If you believe your trees are affected by bark beetles, you need to call our professionals right away to assess the situation and come up with an appropriate solution.

The life cycle of most species of bark beetles starts when the female lays eggs underneath the outer bark.  These white colored eggs are small and oval-shaped, and the larvae that hatch look like typical grubs with white segmented bodies and dark brown heads.  As the female bark beetle lays its eggs, it also disperses a fungus that makes the surrounding tissue edible for the larvae when they hatch.

The larvae feed on the surrounding tissue in the phloem and create galleries in the wood.  These galleries can be seen if you peel back the outer layer of bark.  They will then pupate in an enlarged chamber that they bore at the end of the galleries.  After the pupation stage, they will chew a hole in the bark and emerge as adults.  Newly emerged adults will either stay on the same tree to reproduce or leave to reproduce on a different tree.  Bark beetles usually have one or two generations each year but may have more if the temperature stays warmer longer.

Female bark beetles will release a chemical when it finds a favorable tree which will attract hundreds of other beetles to come and attack the tree.  They tend to only breed in one part of the tree, such as a specific branch or twig, but a large infestation can affect more of the tree.  As more bark beetles disperse their fungus into the sapwood and their larvae feed on the phloem, this can result in major damage to the tree.

Signs of a Bark Beetle Infestation 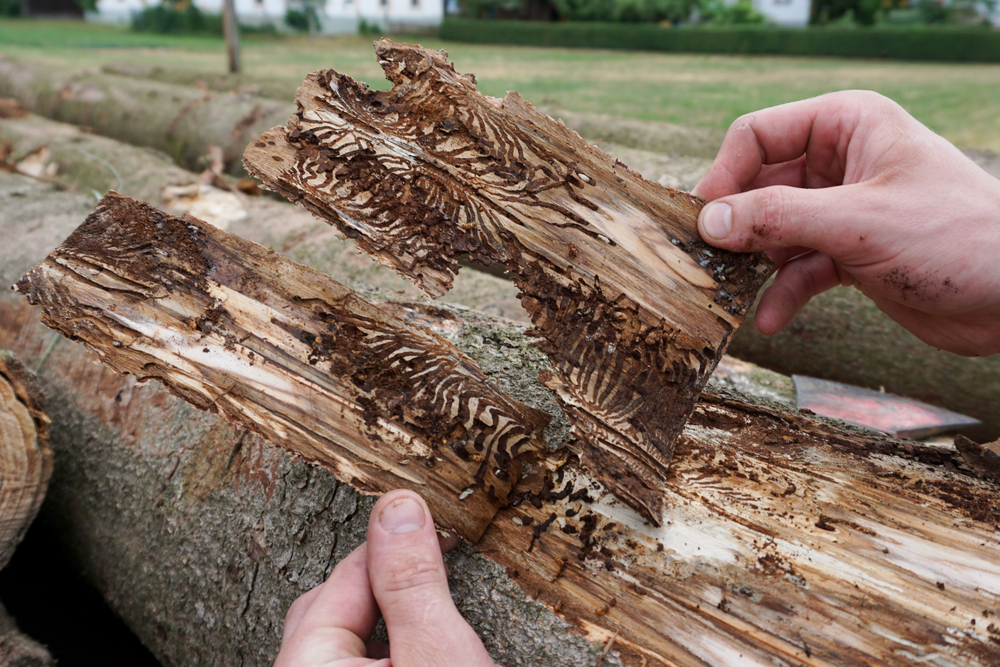 Bark beetles attack the outer and inner bark in the trunk, branches, or twigs on a tree.  The outer bark in the affected areas may become loose due to the activity of bark beetles and when the bark is peeled away, the exit holes and galleries are revealed.  The following are all the signs that indicate a bark beetle infestation:

Bark beetles tend to target trees that are dead or dying, but a large growth in the bark beetle population has resulted in them spreading over larger areas and attacking healthy trees as well.  It is largely believed that warmer weather and shorter winters caused by climate change are the cause of the growth and spread of bark beetle populations.

In the western U.S., warmer temperatures are not causing beetle larvae to die off in the winter which is increasing their population.  The warmer weather also lasts longer and allows bark beetles to reproduce more than 2 generations per year in many areas.  Their increase in numbers is also causing them to spread beyond their natural habitats.

At the same time the bark beetle population is growing and spreading, trees are becoming more vulnerable to bark beetle infestations.  The rise in temperature is putting more stress on trees which is causing bark beetles to target them before they begin to decay or die.

The growth and spread of the bark beetle population and widespread destruction of conifer forests in the western U.S. can have other negative effects.  The dead, dried out trees in combination with the warmer, dryer conditions increase the risk of wildfires.  The disappearance of conifers is also affecting the eco system as many animals from birds to grizzly bears eat the seeds from these trees.  These animals are forced to move to new areas in search of food.  Many bird species are also impacted as they are losing nesting areas. 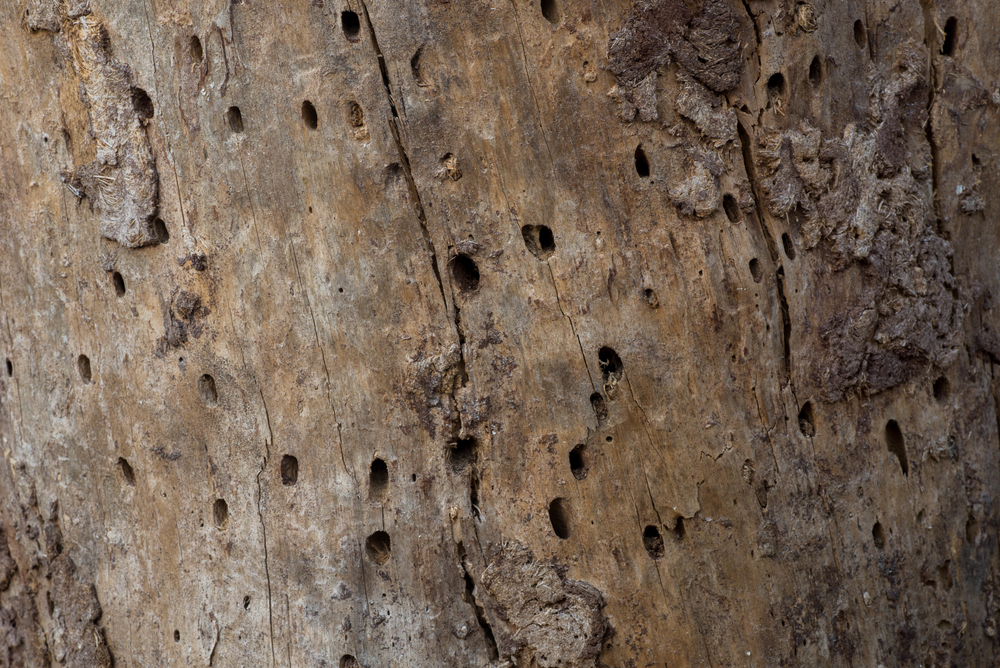 Unfortunately, if a tree is infested with bark beetles it is likely too late to save the tree and should be removed to minimize the infestation

Bark beetles are difficult to control because of where they live in trees and shrubs.  They lay their eggs and pupate under the bark which protects them from insecticide applications.  The best way to control bark beetles is to prevent them in the first place.  If a tree or shrub is affected, you can remove the affected branches and limbs and dispose of them to stop their spread.  If the bark beetles have attacked the main trunk of the tree or shrub, then it will have to be removed entirely.

Bark beetles were once an insect that helped the eco system by speeding up the decay of dead or dying branches and generally resisting from attacking healthy trees.  The effects of global warming have caused an increase in the bark beetle population as the warmer weather allows them to live longer and reproduce faster while simultaneously creating a more stressful environment for targeted trees.  While much of the destruction caused by bark beetles is occurring in forested areas, it is still important to take proper care of your trees and keep an eye out for these pests.

At Hendricksen Tree Care, our arborists can ensure that your trees get the care they need, including proper watering, fertilization, and pruning to give them the best chance to fight off or survive a bark beetle infestation.  If your tree does become infested, call us right away as we may be able to prune out the affected branches before the infestation spreads to the trunk.  We provide effective tree care services in Park Ridge, Northbrook, Lake Zurich, Arlington Heights, Winnetka, Lake Forest and the surrounding north and northwest Chicago suburbs.

Look for our next edition of our series on the common tree insect pests and diseases in the Chicago area.