Elm Trees in the Chicago Area 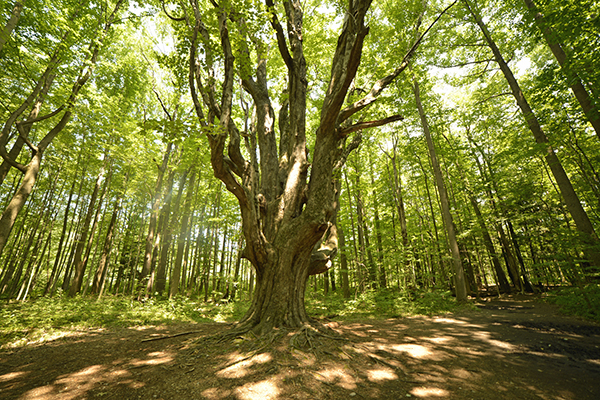 Our series on the native trees of Chicago is back this week as we take a closer look at a tree that is beautiful and loved throughout the Chicagoland area, the elm tree.  Elm trees are very hardy trees that can withstand tough conditions and they are valued for their shape, shade, and natural beauty as ornamental trees.  Elms, especially American elms, were very popular trees to plant in cities like Chicago that grew and developed in the 19th century.  Because of their durability, elm trees can be found in yards, parks, and along streets and walkways.  There are around 30 known species of elm found throughout Asia, Europe, and North America, six of these species are native to the U.S.

In this guide, we will delve into the characteristics of elm trees and the different species of elm native to the U.S. and discuss the effects pests and diseases have on these trees.  If you have elm trees on your property and you want to ensure that they receive proper care, call our arborists at Hendricksen Tree Care.  We are ISA certified arborists that have long been providing tree care services for all types of trees in the north and northwest Chicago suburbs.  Our arborists can provide care for insects and diseases, maintenance, and tree trimming services.

Elm trees are large deciduous trees that range from 30 to 50 feet in height.  The leaves of an elm grow alternate and they are oval shaped with a pointed end and serrated edge.  Most elms have small white or purple flowers that grow in bunches, but that are not particularly showy or fragrant.  The elm has long been loved for its big expansive canopy that turns to a goldish yellow color in the fall. 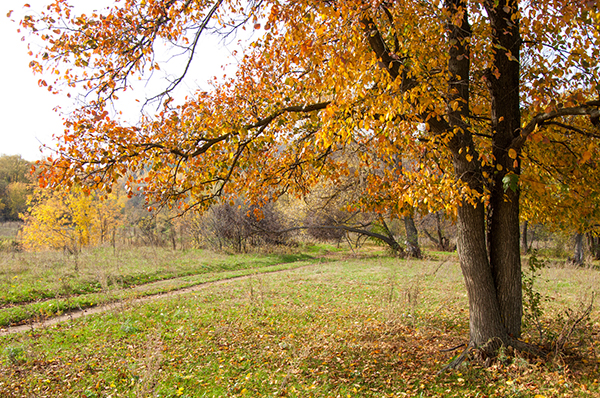 The following are the main characteristics of elm trees:

There are around 30 species of elm trees (Ulmus sp.) worldwide and six of these species are native to the U.S.  Because native elm trees are either highly susceptible to Dutch elm disease or the elm leaf beetle, there are many cultivars and hybrids that are much more resistant to these problems.  In this section, we will cover the six native U.S. elm species as well as some Dutch elm disease resistant hybrids. 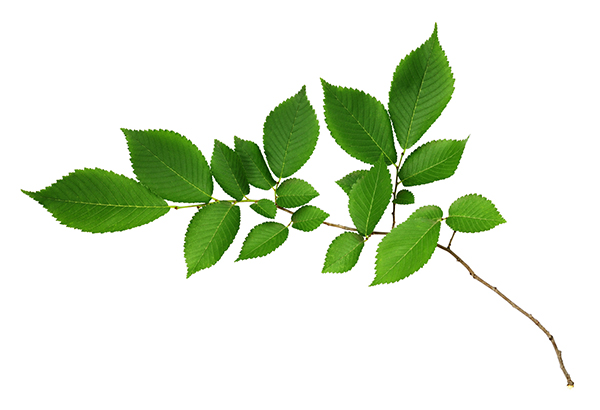 The serrated, green leaves of an Elm Tree

As we have already discussed, the biggest threats to elm trees are Dutch elm disease and the elm leaf beetle which are both responsible for wiping out a large chunk of the elm tree population.  If there are elm trees on your property, it is very important to be familiar with the signs of common tree insect infestations and diseases. 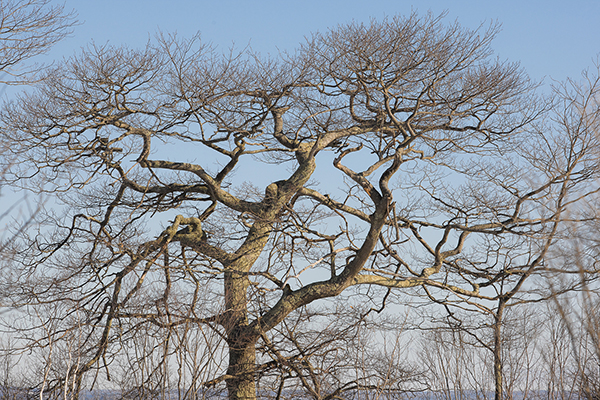 Elm Trees can live a very long life in Illinois’s climate, if protected from their many threats such as the Dutch Elm Disease

Most species of elm trees are very hardy trees that can withstand harsh weather and soil conditions.  However, because most elm species in the U.S. are susceptible to Dutch elm disease, it is best to provide good care for elm trees on your property to help them better resist this disease.  The following tips will help you care for your elm trees. 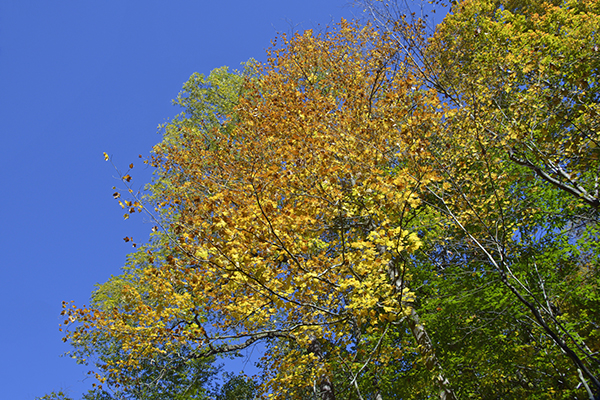 Hybrid, disease-resistant Elm Tree species can add a nice look to any residential or commercial landscape in Chicago,

Even though the elm population has been largely affected by the spread of Dutch elm disease, their resiliency has allowed them to keep their presence throughout the Chicago area.  Elm trees will continue to stand tall and withstand the harsh urban areas and Illinois winters, but they need some help to resist Dutch elm disease and harmful insects.

At Hendricksen Tree Care, our arborists are ready to provide care for elm trees on residential and commercial properties throughout the Chicago area.  We can effectively diagnose issues with your elm trees such as infestations or the signs of Dutch elm disease and get your trees back to health with our tree treatment and maintenance services.  We also provide highly effective tree maintenance, fertilization, and tree trimming services to give your elms a better chance of resisting disease.  Hendricksen Tree Care proudly serves the north and northwest Chicago suburbs including Arlington Heights, Mount Prospect, Northbrook, Barrington, Lake Zurich, Glenview, Park Ridge, and Wilmette, IL.

Check our blog for the next installment of our series about native trees of the Chicago area.